By signing up you agree to be contacted via phone and/or email from DEWALT with news, special offers, promotions and other information. You can unsubscribe at any time. See Updated Privacy Policy or Contact Us at support.dewalt@sbdinc.com or 701 E. Joppa Road, Towson, Maryland 21286, for more information.

A sales representative will reach out to you soon.

Thank you for your interest in the DEWALT Jobsite WiFi system. A member of our team will contact you soon about the Try Before You Buy program. No further information is required from you at this time. 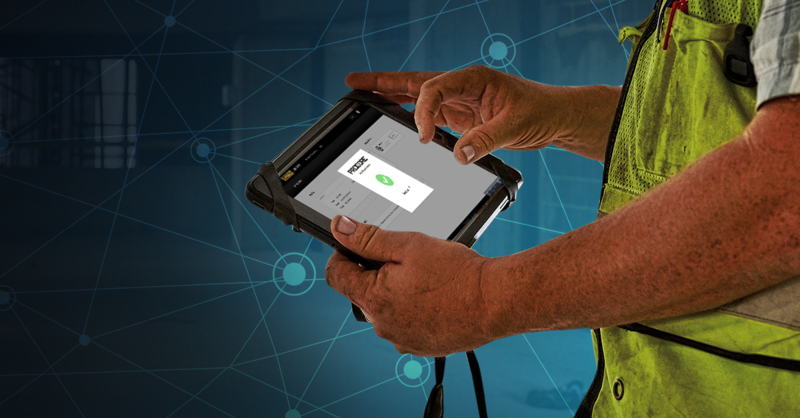 First announced at ENR FutureTech 2017, DEWALT’s Jobsite WiFi system is continuing to expand to bring increased connectivity to the jobsite. This year, DEWALT and Procore, a leading provider of cloud-based applications for construction, partnered together to develop a Single Sign-On (SSO) integration that allows authorized users to access the DEWALT WiFi app via their Procore login credentials.

“Solid bandwidth is critically needed onsite, but field managers rarely have time to manage Internet access for dozens of people,” says Michael Stoller, Digital Product Manager for DEWALT’s Connected Systems team. “With our Procore integration, access is managed via an existing system of record for authentication. Users that need bandwidth for Procore are automatically onboarded and can access WiFi.”

For any of the more than 2.5 million Procore users that use the DEWALT Jobsite WiFi system for reliable, cost-effective jobsite WiFi connectivity, the SSO integration will help manage multiple systems and reduce complexity on the site.

“The acceleration of mobile technology adoption in construction makes access to reliable WiFi on the job imperative to increasing efficiency and collaboration across all crews working together,” says Danny Seigle, Senior Director of Business Development at Procore. “This Single Sign-On integration allows any team member with access to Procore to seamlessly and securely connect to WiFi via their Procore credentials, giving them the broadband connectivity they need to get the job done.”

The integration with Procore was an obvious next step for the DEWALT Jobsite WiFi system. The DEWALT Connected Jobsite team, who developed the system and continues to explore new solutions that address users’ pain points, believes that simplifying and managing complex digital platforms is critical to helping jobsites be as efficient as possible.

“Simplicity is key for our DEWALT Jobsite WiFi System. Our users need WiFi that just works, and with our Procore integration we have made it even easier,” says Kelly Musselwhite, VP of Sales and Commercial Operations at DEWALT. “Now contractors can distribute WiFi access automatically through Procore. It’s one more way our contractors can worry less about connectivity and focus on building.”

DEWALT and Procore are currently planning to release a beta version of the integration in August 2018.

Have interest in being a beta user when the SSO is available in August? Email DEWALT at jobsitewifi@dewalt.com and communicate your interest.